The Board of Governors is the executive body of the Institute and is constituted by The Birmingham & Midland Act 1854. Along with the President, there are six other Official Governors, five Council Governors and the remaining thirteen Elected Governors come from the membership of the Institute.  That is twenty-five in total.

Serena is Reader in Victorian Literature and Associate Director for Research at the School of English at Birmingham City University. She became an Elected Governor in 2018, and has held the posts of Chair of the Library Committee and Honorary Secretary before being elected as Senior Vice-President in 2020, and thus one of the seven Official Governors. She also chairs the Audience Engagement committee.

Serena has set up and organised the BMI Poetry Centre, which brings in a range of both well-known and obscure poets who attract a diverse range of attendees, many of whom have not visited the Institute before.

A regular speaker for the Monday lecture series, Serena tries to arrange meetings at the Institute and bring her students to visit, which has spread the word among the students she teaches.

Samina became an Elected Governor in January 2019. She is also the Honorary Librarian and was elected Junior Vice President, and one of our Official Governors, in January 2020.

Samina has built a team of volunteers over the past three years who are trained and willing to help in any way they can.

Samina also chairs the Library committee, as Honorary Librarian and sits on the Audience Engagement committee.

James is originally from Evesham in Worcestershire, and is Senior Finance Business Partner for Firstport Limited, the UK’s largest property management company.

He qualified as a Chartered Accountant in 1995, and a Chartered Tax Adviser in 1997, and has a proven track record of good financial governance.

Mark is an Archivist and Project Manager, based at the Cadbury Research Library, University of Birmingham. He is responsible for the management and promotion of a number of valuable national research archives including the Records of Save the Children UK, the YMCA, the Youth Hostels Association and Toc H.

Mark holds an undergraduate degree in Medieval and Modern History and a Masters degree in Archive Administration. He is currently studying for a PhD, exploring the role played by Birmingham’s bell ringers in contributing to the civic life of the city during the 18th and 19th centuries.

Mark is one of our seven Official Governors, being the representative for the University of Birmingham. He also sits on the Library committee of the Institute. 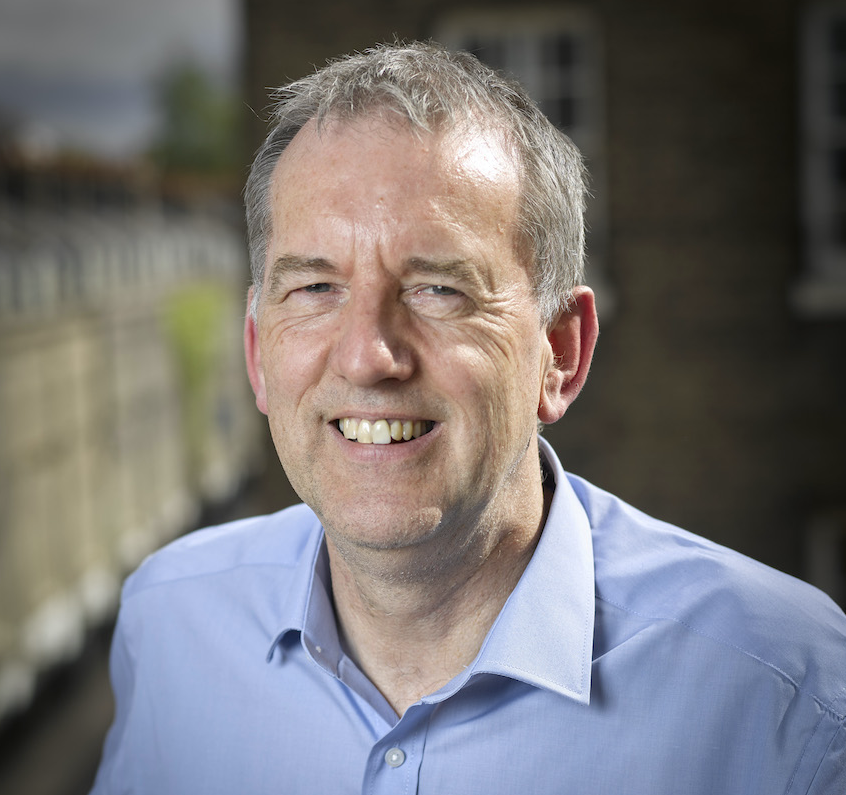 Clive is the Principal of the Queen’s Foundation, and thus an ex-officio Official Governor under the terms of The Birmingham & Midland Act (1854), which caused the Institute to come into existence and remains the governing document to this day.

Clive is one of our seven Official Governors. 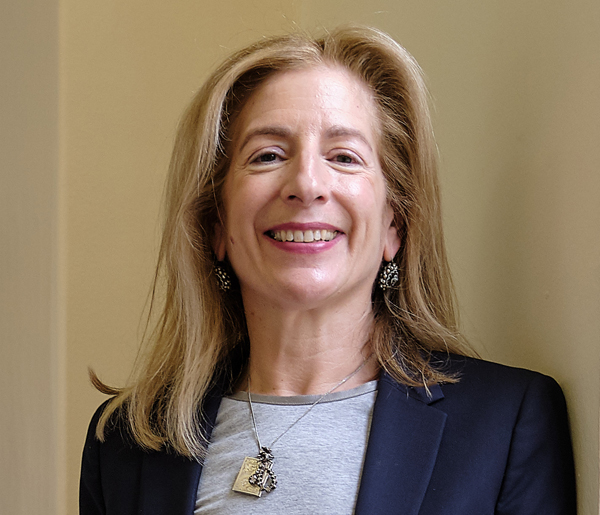 Katy is the Chief Master of King Edward’s School, Birmingham and thus an ex-officio Official Governor under the terms of The Birmingham & Midland Act (1854), which caused the Institute to come into existence and remains the governing document to this day.

Katy is one of our seven Official Governors.

Cllr Muhammad Afzal represents the Aston Ward and was first elected to the City Council in May 1982, serving until 2005 and then again since 2007.

He has also served as chairman of Birmingham Central Mosque and the director of the Birmingham Settlement charity.

The Lord Mayor is, ex-officio, one of five Council Governors to sit on the Board, which was not provided for in The Birmingham & Midland Act (1854), but was added by The Birmingham Corporation Act (1903).

Stephen became an Elected Governor in September 2019 and has almost 40 years’ experience working in IT and Finance for multi-national companies, including Sun Alliance, RSA & IBM and has been involved as project manager for a number of high-profile commercial customers.

Stephen has a proven track record of delivering on time and within budget and is acknowledged for his enthusiasm to get things done. Stephen also chairs the Governance and Roadmap Steering committees of the Institute.

Mark was Chairman of Lea Marston and the Abbey Hotel Golf and Country Club Ltd until 2017. He is the former MD of the family business, consisting of two hotels. His personal philosophy is to make sure that the business is well led, and that the people employed are valued as the greatest asset, and therefore need treating properly i.e. training, development and remuneration.

Mark is currently non-executive chairman of Mooch Creative and chairs the Marketing & Media committee of the Institute and also sits on the Roadmap Steering committee.

Paul was educated in the field of science at Cardiff University and the University of Exeter, which means that he is well equipped to advise on start-up and growth plans in the areas of information and communication technology within emerging technology sector businesses.

Since 2006 he has been a leading figure in corporate finance teams which have secured in-excess of £10 million of financing for businesses via governmental grants/loans, financial institutions, private investors and business financing houses.

Paul sits on the Roadmap Steering committee and the Marketing & Media committee of the Institute.

George achieved a First Class Honours in BA English literature with drama, having also done extra-curricular research with an academic at the University of Birmingham, as part of the university’s selective Undergraduate Research Scholarship.

At university George wrote for numerous online and print publications including The National Student and UoB’s Redbrick, and was President of the University of Birmingham Shakespeare Society. He is now in training for a PGCE in Post-Compulsory Education and Training at Birmingham City University.

George is part of the Institute’s Digital Content Team and a Library volunteer, and sits on the Library, Marketing & Media and Audience Engagement committees of the Institute.

Peter has been a City Councillor since 2018, representing the Harborne Ward. He is the Shadow Cabinet Member for Social Inclusion, Community Safety and Equalities. Peter is a member of the Health Overview & Scrutiny Committee and the joint Birmingham & Solihull Health O&SC. He is also a member of the council’s Route to Zero Advisory Committee & Taskforce.

In addition to the BMI, Peter sits on the West Midlands Combined Authority Overview & Scrutiny Committee and is its Environment Champion. He is a member of the Friends of the Birmingham Museum & Art Gallery.

Peter is one of five Council Governors appointed to sit on the Board and sits on the Audience Engagement committee of the Institute.

Mary has been a City Councillor since 2016, representing the Stirchley Ward, and is Cabinet Adviser on Carers.

Mary is one of five Council Governors appointed to sit on the Board and also sits on the Audience Engagement and Roadmap Steering committees of the Institute.

Peter is a Trustee and Chair of the Friends of Birmingham Museum & Art Gallery and Chairman of the Midland Antiques Society. He has previously been a trustee of The Birmingham Civic Society, serving as Chairman of the Society’s Events Committee, which organised the cultural programme of that organisation.

Peter has latterly been involved in property management and before that he was Managing Director of Morton Bentzien for 15 years, which is an international arts development company and this followed his proprietorship of The Corkscrew Gallery, a private art gallery promoting local artists.

Rob is one of five Council Governors appointed to sit on the Board.

Alex was elected as a Governor in February 2021 and sits on the Institute’s Governance and Audience Engagement committees.

He is a barrister practising in criminal and civil law, based in Birmingham, but working in courts across the country.

As well as being a governor, he is the Team Leader for Birmingham Centra Read Easy, a group which helps adults learn to read, and runs a pop up art gallery, Flat 8.

Alex read English Literature and Language at Birmingham City University. She is currently an MRes humanities student at Newman University and an aspiring PhD candidate in Pre-Raphaelite Studies. Alex wishes to pursue a lecturing career on both a national and International scale. Her research concerns applying psychoanalytical theory to her analysis of Pre-Raphaelite art and literature, as well as Gothic literature and prose and poetry of the nineteenth century.

She also teaches A Level and GCSE Literature at Sandwell Academy and is the CI for the ACF Cadets Sandwell detachment, as well as DofE Coordinator.

Alex sits on the Library and Audience Engagement committees of the Institute.

Matthew is a RIBA Chartered Architect, and AABC accredited in the conservation of historic buildings; he leads the Birmingham office of Donald Insall Associates, a specialist in this field. Matthew is able to advise on all stages of the maintenance, repair, refurbishment and extension of buildings, and has experience in both new building construction, and work to historic buildings including Grade I listed and Scheduled Monuments.

Matthew’s main interests are in ensuring that the BMI building is appropriately maintained, and work carried out in accordance with statutory requirements and of suitable quality.

Matthew is a member of the Ecclesiastical Architects & Surveyor’s Association (EASA) and architectural advisor to Worcester Diocesan Advisory Committee; he is a member of the SPAB, Victorian Society and Twentieth Century Society, and volunteers for the Victorian Society’s West Midlands Case Work Sub Committee. Matthew is a trustee and Deputy Chairman of The Birmingham Civic Society and chairs the Planning Committee for the Society also.

Matthew sits on the Roadmap Steering Committee of the Institute.

Mike has been a City Councillor since 1991, representing Sheldon Ward.

Mike is also a member of the Council Business Management Committee, Planning Committee, Personnel Appeals (Dismissals) Sub Committee, School Governor Nomination Committee and he is Secretary of the Liberal Democrat Group of Councillors.

In happier times, Mike likes to travel and play badminton.

Mike is one of five Council Governors appointed to sit on the Board.

We're not around right now. But you can send us an email and we'll get back to you, as soon as we can.